Rust-like symptoms and rot on jackfruit: a combination of disease and abiotic factors?

The urban consumer preference for convenience and prepared food has prompted interest in the promotion and production of minimally processed items for fruits, roots and vegetables.

Minimal processed fruits involve separation of the edible portion of the fruits and packing them in ‘ready to eat’ packages under hygienic and refrigerated conditions.

Due to handling inconvenience because of its large size and presence of latex in the fruit , jackfruit or Artocarpus heterophyllus has been a popular fruit for the minimum processed market. It has a big potential for the export market because of the increasing demand for quality and safe tropical fruits, convenience packaging, and minimum requirements for Sanitary and Phytosanitary (SPS) regulations from importing countries.

Fruit quality is dependent on the condition of the ‘bulbs’ or ‘flesh’ (seeded arils or fully developed perianths). Good quality jackfruit favoured for minimum processing is normally sweet with a thick rind and deep yellow in color. The sweeter varieties command a better price.

Recently there have been numerous reports of rust coloured specks or streaks appearing on the ‘flesh’ of the fruit. In the advance stage, the specks coalesce and cause the ‘flesh’ to rot. This condition affects the eating quality of the fruits due to its unpleasant taste. The other observed symptoms are:

This situation, if not checked can seriously thwart efforts to enhance market access for minimal processed jackfruit. 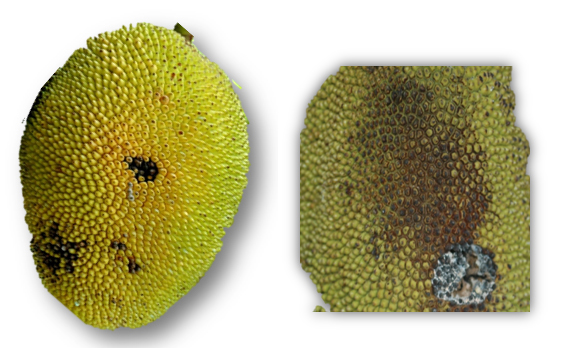 Plate 2. Fruit rot on base and inside of peduncle (Courtesy: Dept. of Agriculture, Malaysia)

Plate 4. Brown specks that will later coalesce to cause ‘flesh’ rot (Courtesy: Dept. of Agriculture, Malaysia)

Some observations and reports on the occurrence of this condition are:

The occurrence of this condition is believed to be caused by a combination of abiotic factors such as weather, soil types, terrain and plant nutrition which affects plant health, and a fungal pathogen. The pathogen identified to cause infection is  Rhizopus artocarpi is a ‘Cosmopolitan’ fungus that is ubiquitous and universally identified as a causal agent which infects male flowers and fruits through injury, causing fruit rot. Another pathogen, Lasiodiplodia sp, a latent fungus also contributes to this condition. Generally interplay of plant health, abiotic conditions and the presence of these pathogens causes this malady.

Readers of this article are requested to provide inputs if they have experienced similar incidences. Please respond to info@itfnet.org

Article summarized by TFNet from presentations by DOA Malaysia and Malaysian Agricultural Research and Development Institute during a technical review on 18 September 2012.