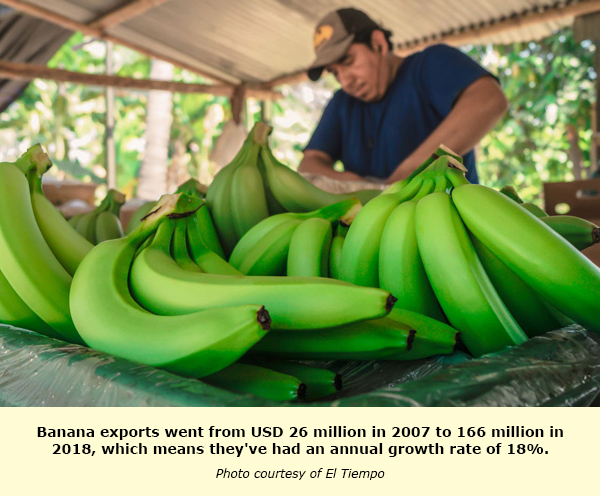 The average price per kilo, as of April, was USD 0.69, a lower number than the USD 0.73 of the previous year. The fall in price is due to the increased production of bananas in Ecuador, Colombia, and Central America.

Piura produces 1,200 to 1,500 boxes of bananas per hectare each year, while the competitor countries can produce an average of 2,800 boxes per hectare.

The Food and Agriculture Organization of the United Nations (FAO) indicates that 25% of world production of tropical fruits and bananas originates in Latin America and the Caribbean, with an average annual production of about 54 million tons. The region’s exports of bananas and other tropical fruits dollars in the 2016-2018 period amounted to 11 billion, and they are expected to increase due to higher revenues and a change in consumer preferences.