VIETNAM: More lychee to be grown for export to Japan 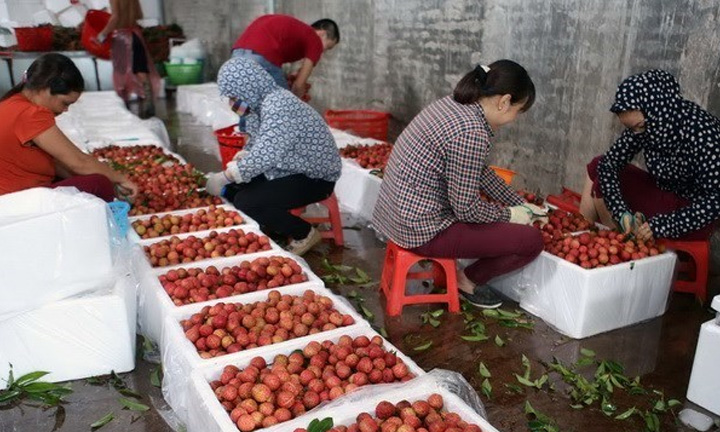 PHOTO: The northern province of Bac Giang has granted cultivation area codes to many orchards growing lychee for export to Japan this year, according to the provincial Department of Agriculture and Rural Development. SOURCE: VNA

The northern province of Bac Giang has granted cultivation area codes to many orchards growing lychee for export to Japan this year, according to the provincial Department of Agriculture and Rural Development.

Nineteen cultivation area codes have been issued to date for 103 ha of lychee in the province to be exported to the country, primarily in the communes of Hong Giang, Nam Duong, Tan Son, Quy Son, Giap Son, and Ho Dap in Luc Ngan district and Phuc Hoa commune in Tan Yen district.

The province is actively directing lychee growers in following standardised production processes while encouraging businesses to buy lychee for export to Japan.

Bac Giang has over 28,100 hectares of lychee trees expected to produce some 160,000 tonnes of the fruit. The early lychee harvest is estimated to be 45,000 tonnes on 6,000 hectares, with the remainder grown during the main crop.

It also has 200 hectares of lychee with cultivation codes granted for exports to the US.

Given the COVID-19 pandemic, Director of the provincial Department of Industry and Trade Tran Quang Tan said scenarios have been prepared for lychee to be consumed when the pandemic ends or if the situation becomes more complicated.

China remains Bac Giang’s key export market. If exports were to decline due to the pandemic, the province would increase the volume of dried lychee fruit and lychee juice while conducting online promotions.

The province will also continue to promote lychee sold in domestic supermarket networks, wholesale markets, and in the south.