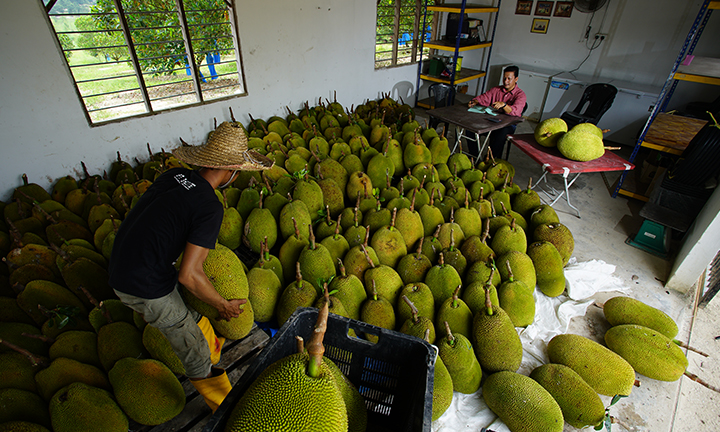 Shree Padre, an expert on jackfruit, has stressed the need to give thrust to value addition to the fruit as it could help improve earnings of the stakeholders in the sector to a great extent.

Speaking at a webinar on Value addition and processing in jackfruit, organised by the Horticultural College and Research Institute of the Tamil Nadu Agricultural University (TNAU) on Wednesday, Padre said that jackfruit is the most neglected crop in the country. N Kumar, Vice-Chancellor of TNAU, and L Pugalendhi, Dean (Horticulture) of Horticultural College and Research Institute, TANU, were present on the occasion.

Referring to a survey made in Meghalaya by the IAS officer Vijay Mantri, he said that the survey estimated wastage of jackfruit worth more than ₹350 crore (USD 47.7m) a year in that State alone. Considering production in the major jackfruit-producing states such as Karnataka and Kerala into account as well, he said that the crops worth around ₹3,500 crore (USD 476.8 million) are being wasted every year in the country.

He said the value-addition to the crop, which is going waste now, can boost the earnings of the stakeholders by around ₹10,000 crore.

In spite of good potential, the crop is not clicking in India as compared to other countries such as Vietnam, Malaysia and Mexico. He attributed the reasons such as the inferiority complex of people and the absence of consumer-friendly presentation in the consuming markets for this.

Jackfruit gets least attention among other fruit crops during the season, though this crop can withstand issues related to climate change to a large extent. There is a need to give up inferiority complex about this fruit, he said.

At a time when consumers want to consume jackfruit in ready-to-cook and ready-to-eat formats, there is a need to give thrust on offering this fruit in the consumer-friendly format, he said.

A jackfruit can provide five types of raw materials at different stages of its growth. However, not much importance is given to this modern day kalpavriksha, he said.

Stressing the need for intensive research in the jackfruit sector, he said that this is most under-researched crop in the world. He recomended India should take the lead in setting up research infrastructure for this crop.

Panruti, a paradise
Terming Panruti in Cuddalore district of Tamil Nadu as the ‘jackfruit paradise’ of the country, he said there is no other such place in India in terms of jackfruit cultivation. The place can even attract international visitors, if proper attention is given by the authorities.

Padre, who has been creating awareness on the potential of jackfruit as a food crop for more than a decade now, suggested that the TNAU set up a research station, exclusively on jackfruit, in Panruti region.

There is also need to set up a database on jackfruit sector, which is lacking at this point of time, he added.