MADAGASCAR: A special year for the lychee harvest campaign 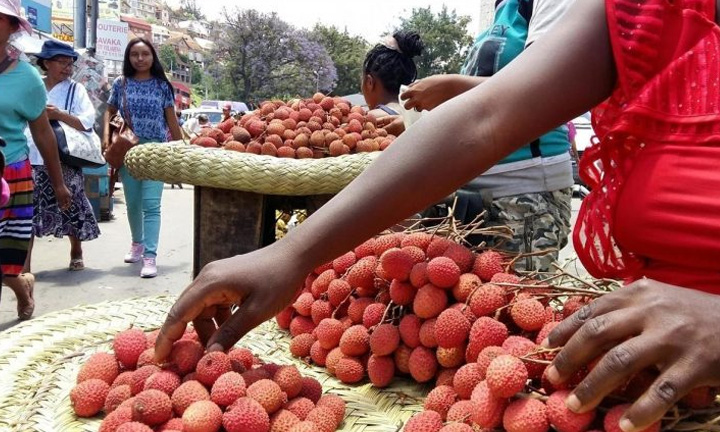 In Madagascar, lychee exporters have been living the most important eight days of the season since November 13, the opening date for the fruit harvest. The only real unknown: will Western buyers put litchi on the holiday table?

Trucks, vans, wagons: a real broom of lychee is currently underway in Tamatave, eastern Madagascar. In less than ten days, 15,000 to 20,000 tons of the little pink fruit will pass through the only two roads in the city that converge towards the port. There, the cranes are busy filling the ship’s cargo hold, which will set sail on Monday evening.

If Big Island is the third largest lychee producer in the world after China and India, it is above all the leading supplier to the European Union. To maintain its rank, the first of the two conventional boats filled with small, light meat fruits must leave the port of Tamatave on 16 November with 7,800 tonnes of fresh fruit on board, en route to Marseille before reaching Belgium.

This year, the fruit has ripened a little early. This is very good news for Georges Geeraerts, Vice President of the Tamatave Horticultural Center responsible for pre-export analyzes of the fruit (size, sugar level, sulfur level inside and on the skin, analyzes performed every eight hours, updated. Available to exporters and importers).

“An early season is the assurance of having quality at the meeting because we will not rush too early to pick the fruits and therefore we have fruits of good ripeness, of good caliber,” he believes. he. The sooner it is, the sooner you get to the shelves, the better. Everything that happens before Christmas is better than what happens after. Importers are always interested in being in booths two to three weekends before Christmas ”.

But this year, importers have actually reduced their orders. Less than 20% of the volume purchased for the European market, for fear that end customers, limited, will not be there. The price should also be lower than in previous years.

“The importers have not paid us yet,” explains the Madagascar exporter. They paid a lot so that we could go ahead with the work a little for our expenses here. But there is no guarantee this year. No certainty about the final purchase price. They say to themselves: “We do not know, we may pay 0.90 euros, 1 euro, 1.20 euros per kilo FOB (without transport or insurance costs)”. Nobody knows. We will look at sales. We are really waiting for the reaction of European consumers. ” The second ship is expected to leave the port of Madagascar on Friday, November 20. To arrive two weeks later on the French coast.