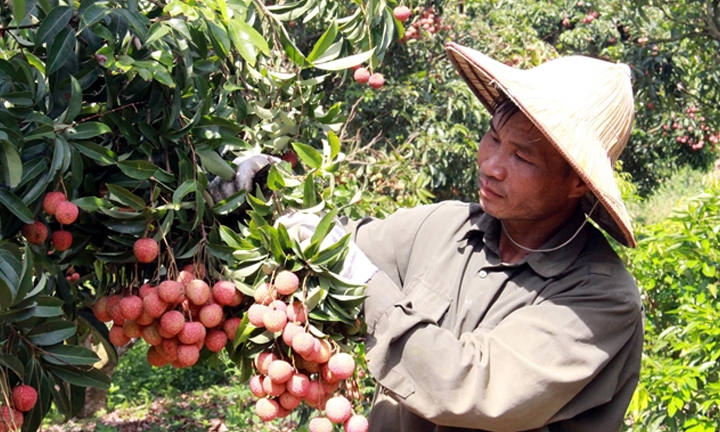 The Japanese Ministry of Agriculture, Forestry and Fisheries (MAFF) has granted a Geographical Indication (GI) certificate to lychees grown in Lục Ngạn District in the northern province of Bắc Giang, making it the first Vietnamese product to obtain the certificate in Japan, according to the provincial news portal.

The GI certificate proved the quality of Lục Ngạn lychee has international standards and then opening up for the lychees to be shipped in Japan and other markets with strict import standards, Dương told Tiền Phong (Vanguard) newspaper.

In 2020 alone, about 200 tonnes of Lục Ngạn lychees were exported to Japan, statistics from the provincial Department of Industry and Trade revealed.

Trade experts said lychee farming households and processing facilities with GI certificates registered in overseas markets would be able to increase sales, improve incomes, and contribute to regional socio-economic growth. This in turn would help build the reputation of Bắc Giang’s other products and Vietnamese goods as a whole in foreign markets.

By the year-end, the province hopes to increase the total cultivation lychee area to the Japanese market to approximately 219ha, generating 1,500 tonnes, said Đặng Văn Tặng, head of the provincial Sub-Department of Crop Cultivation and Plant Protection.

The department will continue to work with enterprises to expand the number of growing areas to be granted codes for export to Japan, and at the same time improve the quality of lychees to meet requirements, Tặng said.

He added co-operation with other ministries to build more facilities for export lychee fumigation and sterilisation would be also included.