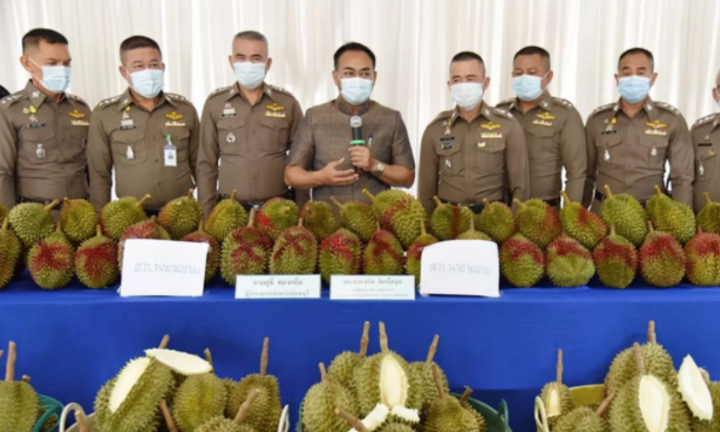 According to a press conference held on March 31 in Thailand’s Chanthaburi province, the country’s largest durian-growing region, a new quality inspection program for Thai durians has recently been implemented throughout the province. As of the date of the press conference, three durian farms from different counties had been identified as reportedly having quality issues.

The substandard durians were all confiscated with the responsible persons receiving warnings and fines. In late March of this year, news reports indicated that some farmers in Chanthaburi and nearby provinces had been secretly picking immature durians for sale, with some of these fruits being sent overseas. Thailand’s Ministry of Agriculture and Cooperatives, which places great importance on the quality and international reputation of Thai fruit, immediately requested that the relevant departments investigate these claims.

Regarding the quality inspection program, the provincial governor of Chanthaburi stated that some dishonest merchants had recklessly pursued profits by selling durians of inferior quality and insufficient ripeness. The governor hopes that local farms can work together to defend the strong international reputation of Thai durians to avoid harming the interests of everyone working in the industry.