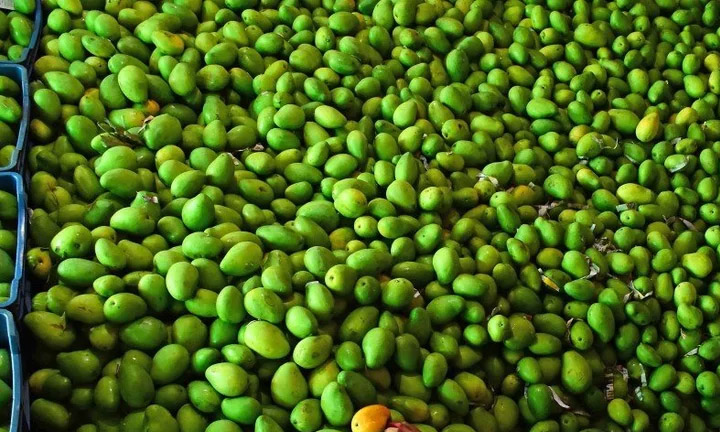 India is on the hunt for mango buyers across East Asia and the Middle East, with fruit-themed festivals and in-embassy tasting events being rolled out by the government in recent weeks in a bid to boost flagging exports of the country’s national fruit.

Mangoes account for some 40 per cent of India’s total fruit exports and it is the world’s largest producer of the crop, with about 21 million tonnes harvested in the year to June according to an agriculture ministry estimate.

But exports – around 50,000 tonnes in a good year – have been dealt a heavy blow by pandemic disruptions such as lockdown restrictions and higher freight costs.

About US$28 million worth of fresh mangoes were exported from India between April last year and this February, official figures show, against a high of around US$195 million worth of the fruits and their associated products in 2016.

To attract more custom, the agricultural export arm of India’s commerce ministry has organised virtual buyer-seller meet-ups and held mango festivals in Bahrain, Kuwait, and Qatar recently. Embassies in Japan, South Korea and Dubai have been roped in as well, hosting mango-tasting events and sending out promotional consignments of the fruit to local Indian restaurants.

U.K. Vats, general manager of India’s Agriculture and Processed Food Products Export Development Authority, told This Week In Asia that one or two such initiatives aimed at boosting mango exports were being organised by the government body every week.

In June, the authority organised a week-long promotional campaign in Bahrain, with 16 varieties of mango on show at supermarkets across the Gulf island nation, sourced from farmers in the eastern Indian states of West Bengal and Bihar.

Cultivars with shorter shelf lives, such as the Chausa and Langda varieties, are often put front and centre at these types of events.

‘King of fruits’
More than 1,500 regional varieties of mango are grown across India, where it is known as the “king of fruits”, with some cultivars such as the Alphonso attracting a cult following among fruit aficionados.

Between 1991 and 2016, the amount of land given over to mango plantations in the country more than doubled.

Yet many mango-producing states – including Maharashtra, Gujarat, Andhra Pradesh, Uttar Pradesh, Karnataka, and Bihar – have been hit with drought, erratic rainfall and other climate-related challenges in recent years. Phytosanitary concerns have also limited exports to destinations such as the United States and European Union, which have both imposed bans on imports of Indian mangoes in the past, citing hygiene and pest issues.

Since 2015, Indian authorities have required all mangoes bound for the EU and Britain to be “hot water treated” before export to remove any fruit flies or other contaminants.
Ankush Saha, secretary of West Bengal Fresh Fruits and Vegetables Exporters Association, said this step was still being insisted upon by Indian authorities “even after the UK and EU relaxed the mandatory step of hot water immersion treatment this year to export mangoes”.

Calling such measures “detrimental”, he urged the government to do more to help India’s struggling mango exporters by focusing on fixing issues that already existed, not just hunting for new markets.

Ranjan Kedia of the RK Agri Biz company in Bihar state, which ships about 5,000 tonnes of mangoes annually, said exports had suffered this year because of excessive rainfall late in the growing season that had made the fruits ripen faster and lowered their shelf life.

Domestic demand had also taken a hit following lockdowns imposed through the “peak season” for mangoes, he said, referring to the months of March through May when India was grappling with a ferocious second wave of the pandemic.

Exporters, in turn, have pivoted towards processed products such as purée and fruit concentrate rather than shipping fresh mango fruits, according to Kedia.

“The processing has been quite large [this year]. We expect the turnover from processed mango products will be at least 25 per cent higher. It is a significant jump due to the smaller demand for fresh fruits,” he said.