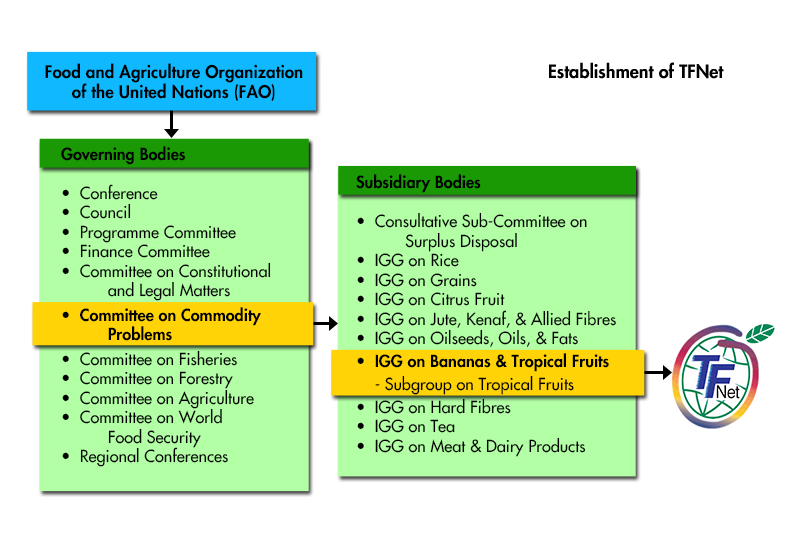 In 15-19 July 1996, the Food and Agriculture Organization of the United Nations (FAO) organized the first International Consultation on Tropical Fruits in Malaysia with delegates from 22 countries.

A number of resolutions were adopted during the consultation but the most important was the creation of a network for tropical fruits.

After the special formation of SGTF, the 1st session was held in Pattaya, Thailand on 25-28 May 1998. It was agreed in the meeting that the proposed network of tropical fruits should be an independent global network, with possibility of regional networks.

During the 1st IGG meeting on Bananas and Tropical Fruits held in Gold Coast, Australia on 4-8 May 1999, it was agreed that Malaysia will be the host of the network on tropical fruits. They also appointed the first Chief Executive Officer.