CHINA: How the lychee has sweetened the life of poor families in Southern China 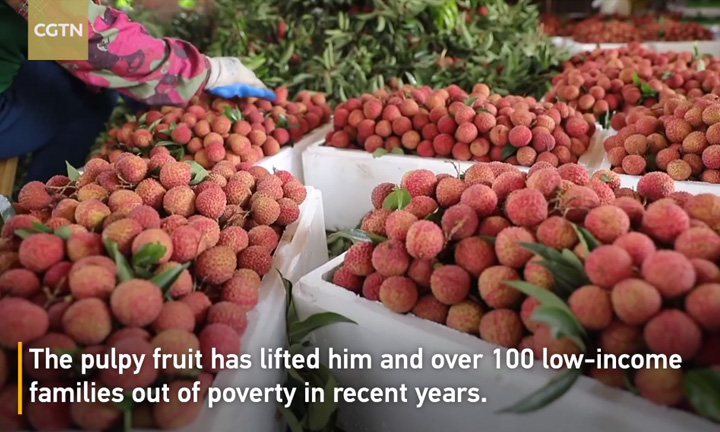 Though the humid town is endowed with abundant natural resources, the local government had difficulties finding a suitable crop to plant to help poor families before 2015. After thorough investigation, they chose to plant tropical fruit, lychee.

Liang Lingyun, a farmer in Babi Village in the town, plants about 1.3 hectares of lychees, and sometimes his neighbors help him pick and package.

In the past, he couldn’t afford to educate his child through farming alone and needed to lend loans. Now, the lychee has become the main source of income for his family, and Liang can earn about 100,000 yuan a year.

The pulpy fruit has lifted him and over 100 low-income families out of poverty in recent years. The total revenue of the lychee crop in the town last year reached 15 million yuan, and the revenue in Babi Village alone was over 10 million yuan.