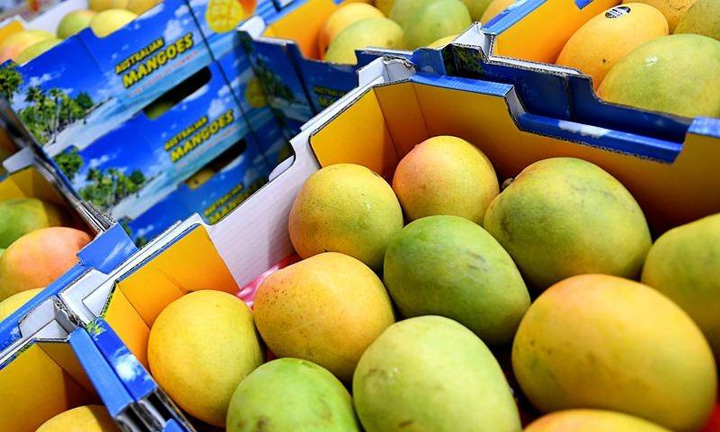 PHOTO: A group of fruit pickers from Vanuatu will arrive in the Northern Territory to help harvest mangoes. SOURCE: The Canberra Times

A second group of mango pickers is expected to touch down in the Northern Territory after flying from Vanuatu to help with the Top End harvest.

“Without these workers, farmers would have been forced to let their fruit go to waste.”

Mr Burke said 162 pickers were due to arrive at Darwin Airport on Tuesday morning.

They will then complete 14 days’ mandatory quarantine at an unused mining camp near Darwin before heading to plantations.

Mangoes are a significant economic driver for many Territory communities, who produce almost half the national crop.

More than 150 workers flew to the NT from Vanuatu in September to help with the mango harvest.

The pickers, who are part of a federal government labour mobility scheme trial, were the first South Pacific workers to arrive in Australia since the nation’s borders closed on March 20.

The program will attempt to alleviate persistent workforce shortages in critical sectors of the economy, such as agriculture.

It is also intended to boost the economies of countries in the South Pacific that are facing significant economic disruption due to COVID-19.