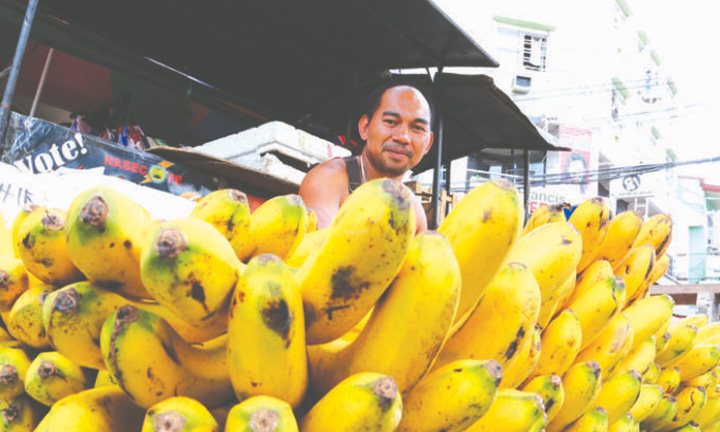 JAPAN is poised to overtake China as the Philippines’s top banana export market this year as total purchase by Japan ending September grew 8.8 percent on the back of firmer consumer demand during the Covid-19 pandemic.

Preliminary Philippine Statistics Authority (PSA) trade data showed that banana exports to Japan from January to September reached 1.138 million metric tons (MMT), which was 27 percent over the 893,628.177 MT shipped to China during the same period.

Latest PSA data showed that the country’s nine-month banana shipment to Japan was 8.8 percent higher than the 1.046 MMT it exported to the East Asian country in the same period of last year. However, banana shipments to China plunged by 32 percent from last year’s 1.178 MMT, PSA data indicated.

China has been the country’s top banana export market for two years now since it wrested Japan’s 30-year record in 2018.

Antig explained that this comes at a time when China is also sourcing its banana supplies from other Southeast Asian producers like Vietnam, Myanmar and Cambodia that could have slashed the Philippines’s market share.

He added that small banana growers, who usually cater to the China market, have been drastically affected by Panama disease, cutting down their production.

“I guess Japan will be number one this year. Japan is very particular with the size and quality, which the Philippines supply,” Antig told the BusinessMirror.

Nonetheless, Antig noted that China remains a major market for the Philippines due to its growing demand for bananas.

The country’s overall banana exports during the nine-month period declined by 10 percent to 2.983 MMT from last year’s 3.236 MMT, based on PSA data. In terms of value, banana exports fell by 13 percent to $1.281 billion from $1.471 billion, PSA data also showed.

Antig said they expect full-year shipments to fall between 15 percent and 20 percent from last year’s record-high volume of 4.403 MMT due to the impact of Panama disease to local output and rising production costs.

The country’s banana output from January to September fell by 1.7 percent to 6.656 MMT from last year’s 6.786 MMT due to the impact of Panama disease and climate change.

Last year, the United Nations’ Food and Agriculture Organization (FAO) urged governments of banana-producing countries to intensify their interventions against the dreaded Fusarium wilt or Panama disease, as it puts exporters like the Philippines at risk of losing thousands of hectares of plantations by 2028.