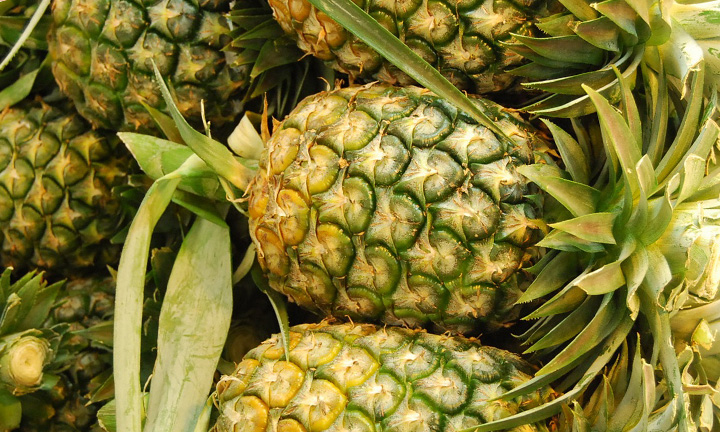 Security concerns related to Taiwan’s economic dependence on China have surfaced from time to time since engagement across the Taiwan Strait deepened from the early 1990s. Former Taiwanese president Lee Ting-Hui launched the Southbound Policy in the mid-1990s to diversify economic partners to reduce dependence on China, famously described by economist Hu Angang as ‘economic diabetes’. China’s most recent sanctions on Taiwanese pineapples will not be the last time the issue gains attention.

Cross-Strait economic ties have continuously expanded over the past three decades despite worries about China using trade to coerce Taiwan. Beijing became Taipei’s largest trade partner and export destination in 2004. Between 2008 and 2016, former Taiwanese president Ma Ying-jeou focussed on cross-Strait integration and China became Taiwan’s largest source of imports from 2014. Though the current President Tsai Ing-wen launched the New Southbound policy in 2016, China still accounted for 33 per cent of Taipei’s trade in the first quarter of 2021.

The recent ban on Taiwanese pineapples is a reminder of Taiwan’s vulnerability. The ban was interpreted as a political move, despite China’s explanation that it was related to biosecurity. It has given the Taiwanese government the opportunity to highlight to audiences, both at home and abroad, the challenges of dealing with Beijing. This has helped the Tsai administration promote Taiwan’s fruit exports and gain greater political support domestically.

Retaliation is a common reaction to trade disputes of this nature. Some in Taiwan are now calling for bans on Taiwanese microchips to China. Yet the reality of economic dependence means Taiwan will suffer more than China in any retaliation. Taipei can take only defensive measures, reflected in the policies it has already set out, including exploring alternative markets and domestic promotion of goods.

Beyond trade, the Taiwanese diaspora in China of at least 1 million presents challenges to any response and reduction of cross-Strait economic ties. They have employment, voting and other social interests in the relationship.

The New Southbound Policy under Tsai has not had much of an impact on the problem of dependence. Although Tsai and her Democratic Progressive Party (DPP) criticised the cross-Strait Economic Cooperation Framework Agreement (ECFA) in 2010, Taipei remains a signatory. Some officials emphasise economic diversification but find it difficult to reverse the general trend towards closer cross-Strait economic relations.

Fruit traders and pineapple farmers who were drawn to China’s market for its prices should have borne the risk of trade rather than the government. As the Tsai administration tries to sell the banned pineapples elsewhere, it may set an example for other Taiwanese traders to enter into more deals with China content that the government would cover the risk of disruption. This could make Taiwan more dependent on China. Due to longer transportation distances, pineapple quality issues are being reported in Japan and Singapore, an issue which may affect the expansion of other products to other markets in future.

The pineapple incident will fade but the overall challenge of Taiwanese dependence will not. Taiwan’s manufacturing industries are linked across cross-Strait production networks. China has options for further trade sanctions, including bans or technical excuses, that destabilise bilateral trade and disrupt Taiwan’s business interests. Beijing’s use of economic coercion in future could be comprehensive or targeted. It may also be used during elections to influence policy. China may use its economic ties with Taiwan as both a carrot and a stick — it can create prosperity or recession depending on Taiwan’s positions and policies.

If Beijing takes a broad swipe at Taiwan’s economy, Taipei may not have the room to respond. How Taipei contains the damage may depend on how reflexive Taiwan is in finding alternative markets. National resilience will be put to the test if the entire economy is ever involved and not just a single fruit. Other partners like the United States may not have the capacity or will to help Taiwan in such a scenario. If Beijing narrows its leverage to specific sectors, it may alter the popularity of politicians by targeting particular communities.

Still, sanctions are not trouble-free for Beijing. It must bear the losses and these may matter now more than before with uncertain economic growth prospects. These tactics could be discouraging other foreign investors and trade partners and accelerate decoupling.

Yet China is likely to continue to use trade to punish, press or reward Taiwan. As Beijing retains confidence in its rise and growth, maintaining Taiwan’s overall economic dependence will be more important than expending this leverage during peacetime.

The pineapple incident and Taiwan’s response displays its powerlessness in cross-Strait economic dynamics which it stepped into voluntarily. Though the Tsai administration knows the solution is trade diversification, this is a long process and there are unlikely to be any breakthroughs in her second term.