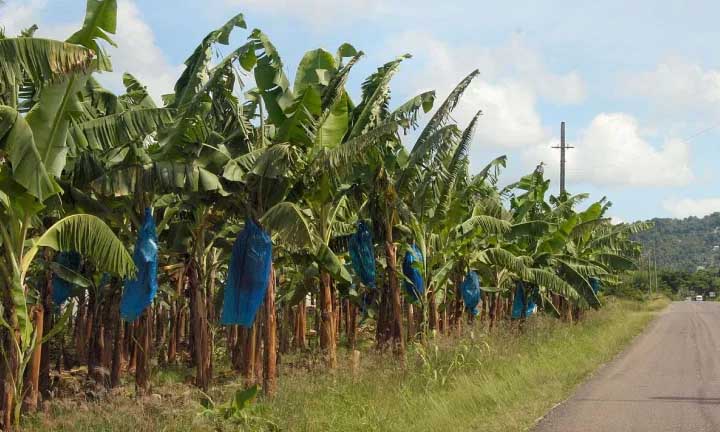 In the past month, two Lao workers on a Chinese-owned banana plantation in central Laos have died from health problems that their fellow workers say were caused by exposure to toxic chemicals. The two laborers, aged 18 and 30, both died following respiratory complications and their deaths are the latest in a series of similar cases on foreign-owned banana plantations in Laos, according to Radio Free Asia.

Workers on the 500-hectare plantation in Borikhamxay province say one man had lung disease and difficulty breathing for months but never received treatment, which his employer is reportedly required to provide under Lao law. The other man, an ethnic Hmong, began coughing and vomiting blood. Coworkers say neither of the two were taken to a hospital. Local officials told Radio Free Asia that the two men died of natural causes.

The group that runs the plantation, Chinese-owned VS Company, paid to have their bodies returned to their hometowns but paid no compensation to their families.

“This banana plantation uses a lot of chemicals to kill weeds and insects and wash the bananas, and the workers who spray them don’t wear masks. The two men who died both had chemicals building up in their systems for over a year,” one worker told Radio Free Asia.

In May 2020, an official with the Lao Ministry of Natural Resources and Environment told Radio Free Asia that workers on banana plantations regularly report chronic dizziness, headaches and exhaustion, which they say are caused by the use of toxic chemicals.

There are regular reports of workers using toxic chemicals on the banana trees as well as during washing and packing of bananas. Some plantations use chemicals such as chlorpyrifos, which can cause lung cancer, and there are reports of burned plastic and other contaminants in the soil on plantations.

Foreign-owned plantations have become a major source of employment for internal migrants in Laos, with workers travelling to farms, sometimes with their families, to work for part of the year and then returning home. According to one report, one family or worker might be paid US$2,300 for looking after a portion of a plantation for a 7-10 month season. But local residents, workers and agricultural specialists in the region now regularly raise concerns about the use of dangerous chemicals on plantations.

Bananas become economic staple despite reports of toxic chemical use, worker abuse
Chinese banana plantations began spreading in Laos in the late 2000s, according to China Dialogue. Bananas have now become Laos’ biggest export, with trade to neighboring countries alone earning over US$227 million in 2020; in 2020, 80% of total agricultural exports went to China, where the climate of much of the country is too cold to grow bananas.

In provinces where the plantations are located, residents report they can no longer use rivers and creeks for drinking or bathing and they say fish populations have declined.

The Lao government has acknowledged the problem of chemicals on the plantations, in terms of both the risk to workers and the danger of contaminating water sources. In 2017, the government banned new banana plantations. But the ban was reportedly lifted in 2018, as the government worked to issue chemical safety certifications in line with guidelines from the UN Food and Agriculture Organization. Regardless, in the years since, authorities have failed to enforce environmental regulations on existing plantations.

“The legislation and policies are good, but as we all know enforcement in Laos is very weak,” said one Lao agricultural consultant with the UN Development Programme. “If officials inspect for the use of chemicals on the plantations, the investors just give them ‘white envelopes’ [containing bribes] in exchange for their approval.”

In the case of the recent deaths in Borikhamxay, local authorities did say the government is in negotiations with VS Company about labor law violations and they have reportedly asked the company to take better care of workers.

In July 2020, authorities investigated reports of worker abuse on another foreign-owned banana plantation in Vientiane province. According to the family of one ethnic Hmong worker, his supervisor had him tied up, beaten and subjected to electric shock after he said he was “too tired” to work. A representative of the Chinese-owned Phaly Company said after the incident that the Hmong man was “not beaten up that much”.

Reports of this type of abuse suggest that problems on banana plantations stem from a need for accountability and enforcement, rather than new environmental protections. As Laos continues to develop its agricultural industry and courts more foreign investment, the government will have to address these issues if it hopes to promote sustainable development.