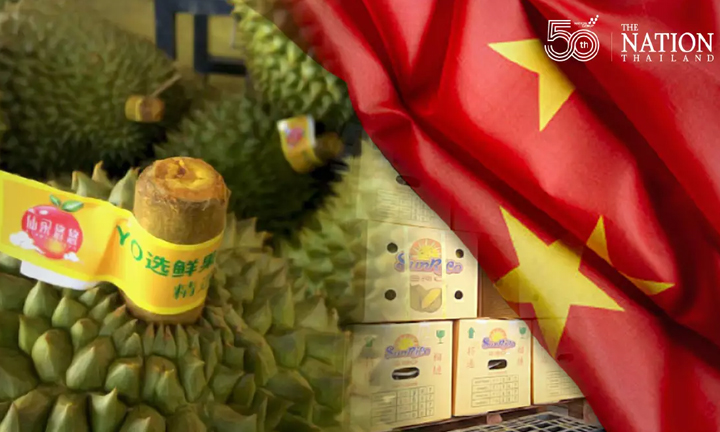 A market in China’s Ganzhou city has reportedly found Covid-19 on the surface of durian packages imported from Thailand, the Office of Agricultural Affairs under the Thai Embassy in Beijing reported.

The office explained that the checking and discovery of the virus happened at the Haudongcheng market on August 13.

All people who had touched the packages had already been quarantined and they had tested negative for the virus.

Also, all durian packages were stored for safety, while some fruit and related areas of the market were sterilised.

The office revealed that it had discussed this matter with China’s General Administration of Customs. The authorities said that import of products from the Thai supplier will not be suspended, as the checking result was found in the local area and not at the checkpoint.

However, this discovery would inevitably affect the demand for durian in China, as the report has been shared via social media.