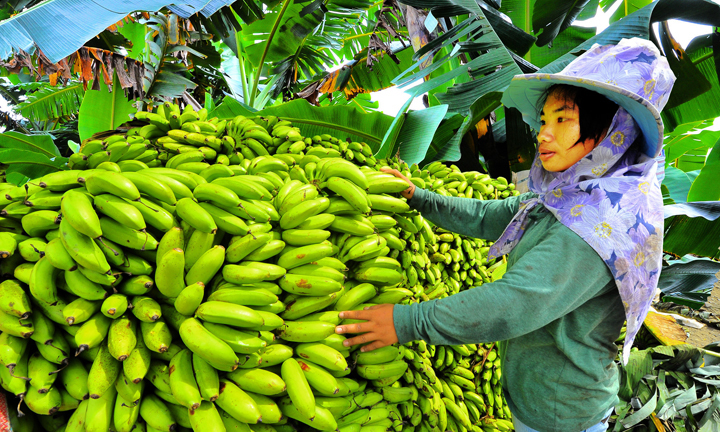 The Philippines is not just losing market share in key banana markets to Latin American producers but investments as well, which could threaten the domestic output of the world’s second top producer of the prized yellow fruit, an industry group said.

Pilipino Banana Growers and Exporters Association (PBGEA) said the value of the country’s banana exports this year should be at a “very similar” level from last year’s $1.644-billion level since there is no “new big expansion” in the domestic banana industry.

“For this year, it should be very similar to last year. There are no new big expansions occurring in the industry,” PBGEA Chairman Alberto F. Bacani said at a virtual news briefing on Tuesday.

“Sad to say a lot of multinationals prefer to expand in Ecuador or other Latin American countries rather than investing in the Philippines because of the perceived risks of Panama disease especially,” Bacani added.

Bacani noted that Panama disease-resistant banana varieties are “good solution” but they are not “100-percent resistant” to it.

“Competing as the number two [cavendish banana exporter in the world], it is really important that this industry is protected and its survival is proliferated. The jobs and the livelihoods of about 1.4 million individuals are dependent on this industry,” he added.

The country’s banana export receipt last year declined by 15.8 percent to $1.644 billion from $1.953 billion in 2019 due to lower shipments caused by “poor production” as a result of the rapid spread of Panama disease worsened by logistical bottlenecks such as movement restrictions against Covid-19.

Despite the decline in both volume and value of banana exports, the Philippines was able to keep its spot as the world’s second top exporter of the yellow fruit, based on international trade data.

In May, the BusinessMirror broke the story that the Philippines is losing market share for the prized yellow fruit in key Asian markets to neighboring countries like Vietnam and Cambodia, as well as Latin American producers.

Trade map data of the multilateral International Trade Centre analyzed by the BusinessMirror showed that the Philippines’s market share for bananas in China, Japan, and South Korea has been shrinking in recent years, as domestic exporters have warned.