ECUADOR: Banana exports decreased in the first 8 months of the year 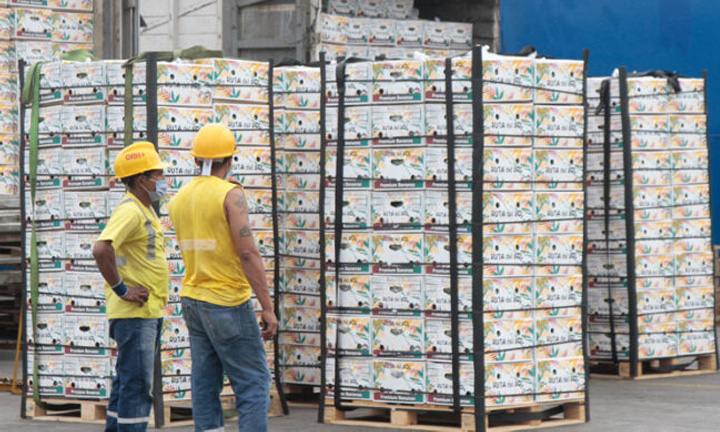 “The fall in banana exports in 2021 is due to the increase in production and in export costs, as well as to the lack of containers and high shipping freight, which have affected the competitiveness of the banana sector and other sectors,” stated Richard Salazar, the Executive Director of the Banana Marketing and Export Association (Acorbanec).

According to data from the Banana Cluster, which brings together associations of banana producers and exporters in the country, the prices of essential inputs such as fertilizers have increased by 35 to 45% this year. The prices of cardboard and plastic, materials necessary for this industry, have gone up by 30% and 45%, respectively. In addition, the sector has had production losses due to the destination markets’ new maximum residue limits (MRLs) and the application of the certified market’s standards.

Moreover, ocean freight, in general, has increased by up to 62% due to the global shortage of containers.

“These costs have a direct and negative impact on the economic sustainability and competitiveness of the banana industry, which has suffered incalculable damage due to the increasing occurrence of natural phenomena in the region and has not been immune to the effects of the COVID-19 pandemic, having to implement all the necessary measures to safeguard global food security and protect the health of agricultural workers,” the Cluster stated.