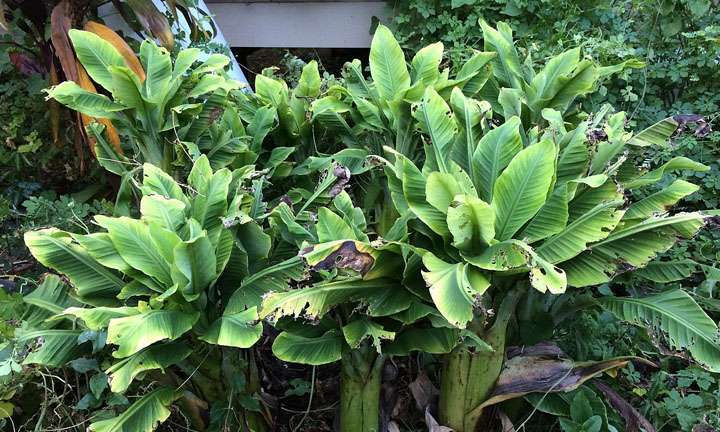 The latest research by the National Agricultural Research Organization (NARO-Mak) has revealed that banana bunchy top virus which was first reported in Arua district is likely to affect West Nile region.

Presenting the study findings at Golden Trip hotel during a meeting on plant pest surveillance, notification and emergency response in Uganda Jerome Kabiriba a Makerere University researcher from the NARO said, “The virus forms small bunches out of the banana clusters which stops the crop from producing a bunch.”

The country according to Kabiriba is likely to lose $1.5b (approximately sh5.4trillion) because banana farming generates money in the hands of many people who sell and depend on the food for their income.

Banana bunchy top disease is one of the most serious banana diseases. Diseased plants rarely produce fruit and when they do, the fruit is stunted and twisted. However, in the rare scenario that the diseased plant does produce fruit that reaches maturity, it is edible.

Kabiriba also revealed that last month, cases of the disease were reported in Kasese district in the Mpondwe. He raised fears that the disease might spread to neighbouring districts of Kamwenge and Kitagwenda if not controlled. Mpondwe is in the Rwenzori Mountains in Kasese District, the town is at the border with the Democratic Republic of the Congo (DRC).

How is it spread

According to experts, the disease is spread by transporting of banana suckers, bananas and other products from banana plantations. Kabiriba said the virus could have been spread from the Democratic Republic of Congo (DRC) entering into Arua.

“If the virus reaches the main banana growing areas of Buganda and Ankole we will be heavily affected, he revealed,’’ he said

As a ministry, we are going to put up surveillance systems to monitor the spread of the pest since they affect our regional markets.

“We need to manage these pests before they go too far so we are going to send our surveillance teams to go on ground,” Mwambu said.

The State Minister of Agriculture and Animal Industries Fred Bwino , in his speech read for him by the commissioner for crop inspection and certification at the Ministry of Agriculture Animal Industry and Fisheries (MAAIF) Paul Mwambu said, “As a ministry, we are going to put up surveillance systems to monitor the spread of the pest since they affect our regional markets.

We need to manage these pests before they go too far so we are going to send our surveillance teams to go on the ground,” He called for a need to collaborate and support regional efforts toward emerging pests and diseases.

“Without Timely response to emerging pests and diseases the agro-industrialization agenda will negatively be affected as key sectors like Coffee, Maize, Banana, and diary, are threatened by emerging and endemic pests. Regional collaboration is also key.

Severe stunting with short and narrow leaves leading to a rosette-like or bunchy and choked appearance No bunches or bunches fail to fill up.