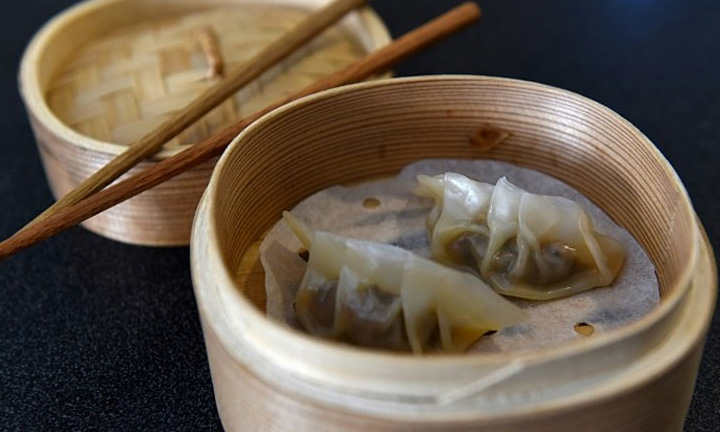 PHOTO: From lab-grown ‘seafood’ to dumplings made with tropical fruit instead of pork, rising demand for sustainable meat alternatives in Asia is spawning creative products to appeal to local palates. SOURCE: AFP/FMT News

From lab-grown “seafood” to dumplings made with tropical fruit instead of pork, rising demand for sustainable meat alternatives in Asia is spawning creative products to appeal to local palates.

Meat and seafood consumption in Asia is projected to soar, fuelled by growing middle classes in booming economies, but green groups warn of the environmental damage such a trend could bring.

Demand for plant-based meat alternatives is still nascent in Asia, but is nevertheless rising by about 30% annually and is particularly strong in developed markets such as South Korea, Hong Kong and Singapore, industry players say.

“We do see that there is a growing environmental consciousness among consumers around the world – and that’s not different in Asia,” said Andre Menezes of Country Foods, which distributes products made by US alternative meat outfit Impossible Foods in Singapore.

Meat consumption is an environmental threat as cattle produce methane, a potent greenhouse gas, while logging forests, which take carbon dioxide out of the atmosphere, to make way for animals destroys natural barriers to climate change, environmentalists warn.

US alternative meat titans have already seen the opportunity in Asia, with Impossible Foods seeking to establish a presence in China and rival Beyond Meat, which makes plant-based burgers, planning to open a production facility in the region.

But they face competition from local startups, who are thinking beyond simply making faux burgers, and may be better in tune with what consumers want in a diverse region that is fiercely proud of its culinary traditions.

They are planning products ranging from Chinese-style steamed dumplings filled with fake pork made from jackfruit – a yellow, chewy tropical fruit – to imitation crab and fish balls, a processed seafood snack popular across Asia.

Startup Karana is behind the jackfruit dumplings, which it plans to launch this year, and is also developing buns filled with imitation barbecue pork to mimic a mainstay of “dim sum” restaurants – where customers choose from an array of small dishes.

“We’re not necessarily going to be promoting that it’s jackfruit… it’s about packaging it in a way that is familiar to consumers,” he told AFP.

Singapore-based startup Sophie’s BioNutrients is working with scientists at a local university to grow microalgae in nutrient-rich soybean residue, a waste product from the food processing industry.

They plan to convert the algae to protein powder, which will then be used to make imitation seafood products, such as fish balls and crab.

The process does not deplete seafood stocks or cause environmental damage, which traditional fishing can.

The company’s founder Eugene Wang said people in many Asian countries saw food as their best tradition – and that simply trying to sell them plant-based patties would not cut it.

“If you want to market to these people, you want to sell it in a burger format? No way,” said Wang, whose company received Sg$1.0 million funding from the city-state’s sovereign wealth fund Temasek.

Wang also founded Sophie’s Kitchen, a US company selling plant-based crab cakes and shrimp in North America, Britain and Australia, but he is planning a range for Asian palates under the new company, which is independently operated.

Several sustainable food startups have chosen to launch in Singapore and use it as a base to sell products across the region, with Temasek providing some financial backing.

Still, such companies may have a hard time convincing consumers with traditional tastes to change to their products.

Seow Chin Juen, an analyst focusing on food and nutrition in the region at consultancy Euromonitor International, said the “novelty aspect” was currently driving most sales of alternative meats.

But this was “not sufficient to convert mass market consumers to consume these products on a regular basis”, he added.

Olivia Hayden Ong, a 28-year-old food and lifestyle writer in the city-state, was also sceptical people would rush to switch to jackfruit dumplings and algae fish balls.