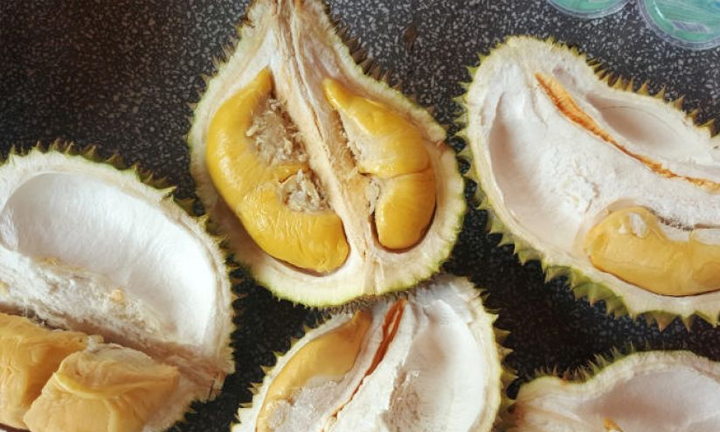 It is becoming a trend to sell products and goods via social media platforms, especially since the country was hit by Covid-19 and came under the first movement control order on March 18, 2020.

Durian traders have also jumped on the online bandwagon to market the king of fruits without going through wholesalers or middlemen to sell the fruits from their farms.

Sixty-six-year-old Musa Nayan, a durian farmer in Wang Gunung near Bintong here, said he chose to market durian online as it was easier to deal with customers directly without depending on wholesalers.

“I find it more satisfying to sell the fruits of my labour as it is more profitable and I could sell them cheaper to customers, ” he told Bernama recently.

Musa said he has no problem marketing durian during Phase One of the National Recovery Plan (NRP) as the response was good.

“There will be online orders every day, and my son will help manage it via his mobile phone, ” said the government retiree, who is fondly called Pak Andak.

The father of five said he initially planted durian for his grandchildren but when the price of durian rose, he turned to managing the farm seriously.

He said among the types of durians in his 1.781ha farm, which he inherited, were kampung durian (D168) as well as Musang King.

Also sharing his experience was Nordin Salleh, 64, who said he also planted durian only for his grandchildren.

“I only started selling when there were excess fruits and the priority was for the family and most of my fruits were kampung durian, ” said Nordin who has a 1.7ha farm.

He said apart from selling online, he is also putting some on sale in front of his farm.

“I am trying to obtain approval to sell durians from the Federal Agricultural Marketing Authority (FAMA) and to open a durian stall, ” he said.

The father of four, who is also known as Pak Din, said Perlis durians have a different taste from durians in other places as they are sweeter and more aromatic which could be due to the soil and weather here.