Bananas and papaya, representative tropical fruits, are being cultivated on a farm on Anmyeon Island in Taean County, South Chungcheong Province.

Bananas produced at the farm are sweeter than imported ones due to large daily temperature differences and abundant sunshine. In addition, the yield per tree has reached 50 kilograms, bearing abundant fruits. 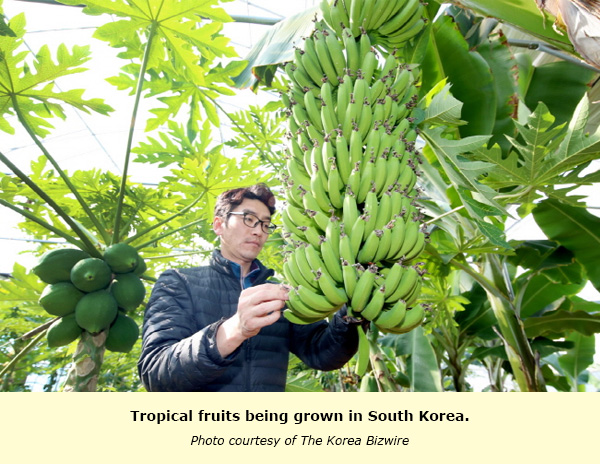 The average banana crop is about 30 to 35 kilograms per tree.

Tropical fruits such as papaya have become popular among Southeast Asian immigrants living in South Korea, drawing attention as a new cash crop.