MEXICO: Avocado exports forecasted to be up for Super Bowl 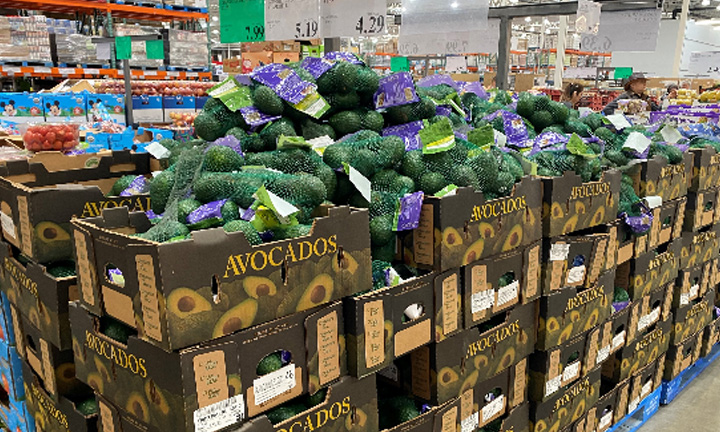 The coronavirus pandemic won’t stop Mexico from sending a huge quantity of avocados to the United States in the lead-up to the Super Bowl to be played February 7 in Tampa, Florida.

The Mexican Association of Avocado Producers, Packers and Exporters (APEAM) expects just over 132,000 tonnes of the fruit will be sent north of the border before next month’s big game. That would be a 4% increase compared to 2020, when just under 127,000 tonnes of avocados were exported to the U.S. before the National Football League championship game.

“As is the case every year, we’ll have the final figure [for 2021] after the Super Bowl,” APEAM chief Gabriel Villaseñor.

Avocados are in high-demand in the United States prior to the Super Bowl because guacamole is a popular snack for football lovers glued to their screens.

Villaseñor said that over 1.2 million tonnes of avocados are predicted to be picked during the 2020-21 harvest season, which runs from October to February. Over 1 million tonnes will be exported, mainly to the United States.

Michoacán, Mexico’s largest avocado producer, is the only state in the country with certification to export the fruit to the United States. Approximately 84% of all avocados grown there are sent across Mexico’s northern border.

Despite the coronavirus pandemic and its impact on the global economy, exports of avocados from Mexico – which is easily the world’s biggest producer of the fruit – increased 12% in the first half of 2020 compared to the same period of 2019. After the U.S., the main markets are Canada, Japan and China but Mexican avocados are also sent to Europe, South America and the Middle East.

Villaseñor noted that the pandemic didn’t slow down exports in 2020 but added that it did have a negative impact on their price at the tail end of the year. However, prices have begun to recover just in time for one of the most important times of the year in terms of exports, he said.

Given that there is hope that vaccines will soon bring an end to the pandemic, the future for the Mexican avocado industry “couldn’t be more promising,” Villaseñor said, adding that the reopening of restaurants will help the sector.

Quirky commercials made by Avocados From Mexico, a marketing group responsible for promoting the product in the United States, have appeared on television in the U.S. during the Super Bowl telecast for the past six years but there won’t be a new ad this year.

The APEAM president said the industry is already “very well positioned” among U.S. consumers who buy avocados before the Super Bowl and Cinco de Mayo celebrations. The marketing strategy in the U.S. is now focused on promoting avocados at other times of the year, he said.