AUSTRALIA: Avocado production tipped to double as harvest smashes it in the Riverland 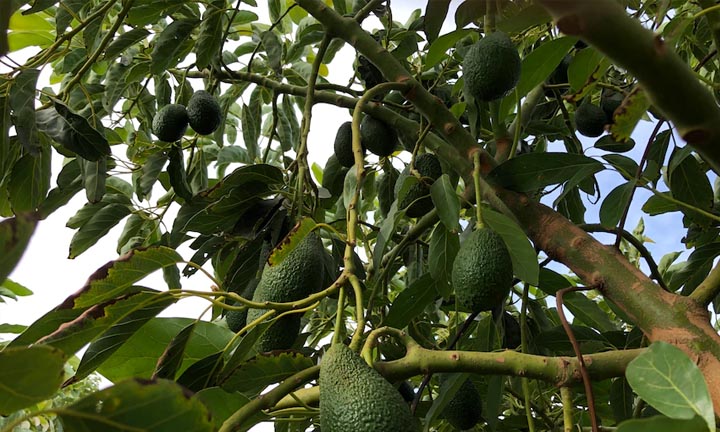 The number of avocados grown in Sunraysia and the Riverland next season is expected to double and may even be so high the harvest will fill 1 million trays.

The forecast boost is due to favourable weather conditions and some young plantings coming into production.

“The trees were all ready to produce, flowered very heavily, then we had some good setting conditions so the fruit was on the tree — but the single biggest thing is a combination of the mild summer,” Mr Thiel said.

“We had no real extreme heat through the December, January, February and March period, where traditionally we get excessive fruit drops even if we set large crops.”

Mr Thiel said the quality of the avocados coming from the region was likely to meet the consumer demand for different sizes and grades.

“We have some very good sized fruit [and] blemish levels are down, especially on what we had two years ago,” he said.

But the high volume will likely lead to a reduction in the prices growers are paid per tray.

“If we can maintain a good flow of fruit through the market at a good consistent average price I’m sure growers, with the amount of crop they have, will still have a profitable season,” Mr Thiel said.

The avocado harvest starts in Sunraysia and the Riverland in July and continues into summer.

The most common variety grown in the region is Hass, but there are small volumes of Reed and Lamb Hass too.

Between April 2021 and March 2022, 23.5 million trays are expected to be dispatched nationally, with the majority coming from Western Australia and Queensland.

Trentham Cliffs avocado grower and packer Ryan Marr said the upcoming season would have its challenges but it was also an exciting time to be in the industry.

“This year, all Australian growers will be able to meet the demand, without having to rely on imports from New Zealand,” he said.

Avocados Australia is also working with growers, packers and retailers to limit the amount of bruised and damaged fruit being sold.

Growers who attended Avocados Australia’s Tri State forum in Mildura this week were reminded that if consumers had a bad experience, it would be several weeks before they would buy another avocado.

Mr Marr said Australian fruit tended to be the most reliable in terms of internal quality.

“It pretty much comes down to how old the fruit is and what temperatures it’s been subjected to during the supply chain, so Australian fruit will be the youngest, I guess you could say, on the shelf.”