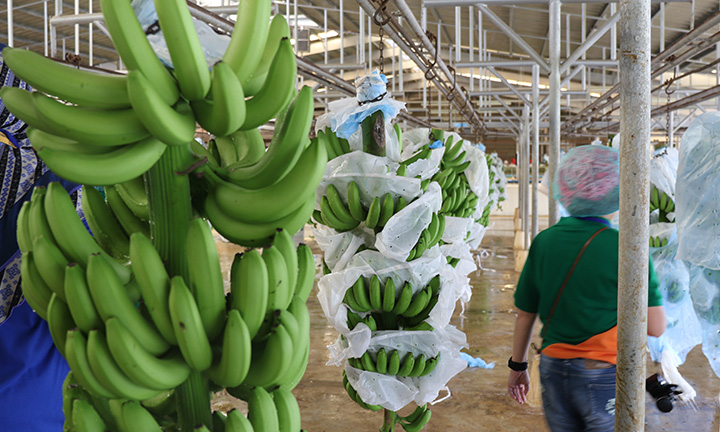 Cambodia shipped some 205,024 tonnes of Cavendish bananas to foreign markets from January to May, according to the Ministry of Agriculture, Forestry and Fisheries.

Shipments of the bananas have seen a substantial increase since China acknowledged that they hold up to its phytosanitary standards. As orders from China pile up, more companies expand their cultivation areas.

By the end of last September, banana investment companies had cultivated 30,000ha, up from 10,000ha compared to a year earlier.

In late April this year, China allowed Cambodia to export fresh mangoes directly to its market after Chinese Customs certified 37 mango plantations and five packaging factories as compliant with phytosanitary and packaging standards.

With a rapidly-expanding cultivation area now at around 100,000ha nationwide, the country expected to ship to China about half a million tonnes of fresh mangos annually.