NEW ZEALAND: Kiwis go bananas, not for toilet paper, during a lockdown 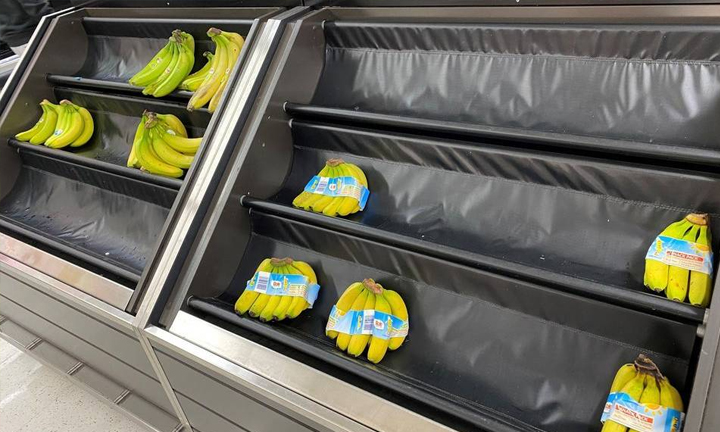 It seems Kiwi shoppers are a lot more food smart going into a lockdown than their Tasman Sea cousins.

As New Zealand went into lockdown on Tuesday after a COVID positive case was detected, it wasn’t toilet paper that shoppers were rushing for in the shopping aisles.

Instead it was bananas.

New Zealand’s public broadcaster, RNZ, reported that, according to Kiwi supermarket giant Foodstuffs, the top products picked up by people as the population headed into lockdown was bananas, then followed closely by broccoli.

Toilet paper was way down at number five as most purchased item, RNZ reported. Australians have been famously panic buying toilet paper all through the COVID crisis, sometimes leading to fights among shoppers trying to secure the goods.

But not in New Zealand!

Kiwis love their bananas. New Zealand over many years has reported – as a major story- a banana shortage, mainly due to shipping issues.

Hopefully more Aussie bananas are on their way to the land of the long white cloud to meet the need.

Australia’s Hort Innovation, recently outlined how keen the Kiwis were for our bananas, from our 360 odd commercial banana growers in Australia, producing 380,000 tonnes of bananas each year.

It’s future strategy said: “Given the geographic advantage, cultural connection and strong supermarket relationships, there is plenty of opportunity to expand in the New Zealand banana market. The market is reasonably large and showing strong growth. Given its relative affluence, there could be premium, niche market opportunities for Australian bananas worth pursuing.”

A ban on banana imports into New Zealand from Australia was only lifted about 15 years ago. They were previously banned due to biodiversity fears.

About 100 tonnes of Australian bananas are exported each year, mainly to New Zealand and other Pacific countries.